School’s Out! It’s July and the trickle of youngsters seeking their first opportunity in IT has matured into a steady stream. A deluge seems unlikely because we are the Isle of Man, a small place with a limited number of school, college and Uni leavers each year, but however many youngsters we get seeking their first IT roles it’s going to be too many because the employers aren’t there. Demand for the inexperienced is horribly weak.

I have a few seniors on the books as well – CTO / Senior IT Manager level – and hey, not enough jobs for them either.

It occurs to me that these two surfeits of talent are not unconnected. Recruiting newbies into the IT profession requires high-end IT management and leadership experience with the skill and the confidence to develop and grow newbies. The middle ranks of IT professionals can look after themselves, but developing the middle ranks of tomorrow needs leadership and experience today.

I can well understand why employers, especially small Isle of Man employers, would prefer not to hire expensive, experienced, CTO / CIO level tech folk if they can avoid it – but having a bit of expensive top-end talent on the team is crucial if a company wants to be competent to hire the cheap bottom-end newcomers and grow them up into the future middle classes of the IT profession.

Demand for the middle classes of IT is phenomenally strong – but it is similarly strong in the UK, Ireland and most other countries from which the island might draw IT candidates; demand exceeds supply.

So I guess the message to employers desperately seeking more middle-ranking IT talent is likely to be unwelcome – looking at the problem strategically we need to consider hiring more expensive top-end folk in order to be able to take on the the low-cost newbies who wish to enter the profession and create the IT middle ranks of the future, because the middle-ranking talent that employers are so desperate to obtain is made not born.

This is not a uniquely Manx problem, the same phenomenon exists in the UK where fresh Computing / IT graduates are historically amongst the Uni leavers least likely to find employment in the discipline for which their degree most qualifies them; few employers want to recruit newbies into IT roles but without planting a few seeds and nurturing them next year’s crop is going to be no better than this year’s. What we can do in the Isle of Man is take responsibility for our own future – the entry level IT candidates are out there, ready and waiting for those businesses who are sufficiently competent and brave to grow their own middle ranks. 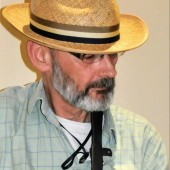